Planting Churches in a Time of Cataclysmic Change

A few years ago now, to celebrate my 40th birthday, I walked the iconic West Coast Trail. I came off of the trail on a Saturday evening, stayed on the Pacheedaht Nation’s campground and, on Sunday morning, walked into the town of Port Renfrew, on the west coast of Vancouver Island.

Being Sunday, I wondered what time worship might happen. After six glorious and grueling days in God’s creation, I longed to gather with the faithful to give thanks to God through song and proclamation and maybe even sacrament! I eventually found a church building that had no fewer than four supporting denominations on its sign – but there was no meeting time listed.

Curious, I wandered up to the local general store to find out if they knew when worship might happen. The woman behind the cash register, who was sporting a small gold cross around her neck, lamented after hearing my inquiry: “Look, there just isn’t anyone who wants to serve a church up here.”

In my own ministry, the particular focus has been to begin and support new communities of faith; communities that we often call ‘church plants’ or ‘new church starts.’ And one of the questions I get most asked most often is why are we starting new churches when we can’t support the ones that already exist?

My West Coast Trail story is one story that I often tell when get asked that question.

That Sunday morning in Port Renfrew was a bit of an epiphany for me; it challenged my assumptions that there are enough churches, and that the needs of the faithful are being met – and that the proclamation of the good news to those who don’t yet know the liberating Jesus-story is at least available and accessible in most local contexts.

I’d suggest that even in more populous areas, which sometimes appear to be meeting the need with a diversity of Christian expressions, we, the church, are actually struggling to sustain a thriving Christian presence.

Put all of that into the context of the decline of Christian faith in the Global North. Yes, some of our cities have a broad representation of the church, but many of these are clinging to survival; be that fiscally or, as often as that, spiritually.

What we once thought worked, no longer does in so many cases.

There are a lot of factors in that decline. Whatever they have been, I believe that right now we live at a time of great revealing (the Greek for great revealing, of course, is ‘apocalypse’). The uncovering of the genocidal legacy of church-sponsored Indian Residential ‘Schools,’ the tangible effects of climate change, a wider awareness of the reality of systemic and personal forms of racism and patriarchy are all now mainstream headlines.

Both church ‘insiders’ as well as the wider culture know all too well that the church has either been too quiet or even complicit in these uncovered injustices. While some of us were shielded from this sad reality by our privilege in the past, that is rarely the case now.

Add a global pandemic to the mix, and things are all that much more tenuous.

With all these revealings in the past few years, the colonial forms and structures and practices of the church are dying off (to that I say, thanks be to God) and, at the same time, personal deconstruction of Christian faith is, perhaps understandably, though lamentably, accelerating.

Except for an influx of new Christian immigrants from the Global South, the church as a whole is in decline in the Northern Hemisphere.

That may all sound a bit terrifying for us who love Christ and Christ’s church.

But it’s not all doom and gloom. I do think that to talk about the death of the church is bad theology. Though we may wane, our once proud institutions may flounder or even outright fail, the church as an instrument of Christ’s love, justice and hope will survive. At least in some form.

As has been the case in every era of the church, renewal movements, new expressions of church, call us anew to proclaim and live into God’s reign. That is, to embody the good news for the poor and the oppressed – just as Jesus did as he unrolled the scroll in the synagogue some 2,000 years ago.

At The Vancouver School of Theology, where I studied, a professor started a class by asking us students: “What is the urgency of the gospel for you?” He went on to say that if we were unable to answer that question, we might think twice about pursuing ministry at this time.

I continue to believe that the Jesus-story is urgent – that the birth, life, death and resurrection of Jesus is central to our hope as humanity and that the ongoing story of God’s renewal of all things deserves to be told. I also continue to believe that the church, the body of Christ, as broken and messed up and ineffectual as it has been and can be, has a role to play in proclaiming and living this hope.

As culture changes, we need emerging expressions of church alongside spiritually thriving traditional communities (all of which, of course, were plants themselves at one point in history). We are desperately in need of renewal movements which call us back to the radical heart of the good news of Jesus.

We need a diversified ecology of the church; reflecting the idea that one size doesn’t fit all. I’m not advocating for a consumer buffet to meet our individual needs – but I am suggesting that in a post-Christendom world we need to reflect both the unity and diversity that we see in the wonder of the created order.

In the United Church here in BC, one of our plants takes the form of a social enterprise café that blends a desire for food justice with eucharistic spirituality. Another is replanting a denominational presence in an old building in a quirky small town as ‘Weird Church.’ Yet another is part of the Wild Church movement which seeks to reclaim some of the wisdom of worshipping outside of buildings while reclaiming the love of God‘s creation.

Some are seeking to engage reconciliation work by and with Indigenous communities. One is a ‘community of practice’ that does campfire church as one of its expressions. A couple of others are building community partnerships and adopting the subcultural languages of their spiritual contexts.

My own faith community, a neo-monastic intentional community seeks to raise the bar on discipleship by living by a shared Rule of Life and taking vows of prayer, presence and simplicity in our neighbourhood; we accidentally started an inclusive and Christ-centred liturgical worshipping community as part of that.

I see all of these expressions of church as hopeful – and as a contrast to the bigger picture of decline. And though most of these new communities bear the marks of the ancient and enduring church; and offer word and sacrament and pastoral care, few of them look like what most of us would think of as ‘church’ – or even what we might think of as ‘in the box’ church plants.

As my mind wanders back to that Sunday morning in Port Renfrew, I can’t help but wonder how God’s Holy Spirit is already going on ahead of us to places like that, to plant seeds that need to be planted.

Going forward in this time of change and transformation, I don’t pretend to know what the Church will look like if, or when, the dust settles. I expect that it won’t always resemble a cute little building at the centre of town or a big box packed with swaying believers or a program-style congregation.

I have a hunch, and a hope for that matter, that we’ll often be smaller, less powerful, more relational and called into deeper and more radical forms of sharing our lives together. I hope and pray that, like Jesus, we’ll be more cruciform than we often have been in our history.

And the gift that church plants offer the wider church is to come alongside existing communities both as a catalyst and leaven; as a renewal movement in our midst – as we all listen to God’s Spirit about what it means to be Christ’s church in this time of cataclysmic change. 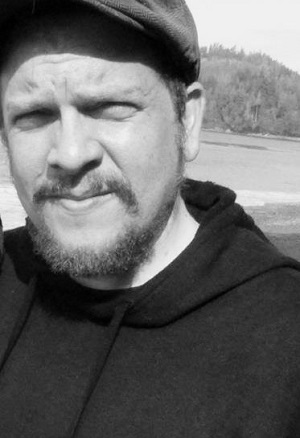 Rob is  responsible for supporting over a dozen (and counting) new communities ‘where Christian faith is nourished and discipleship practiced.’

He is also a co-founder and member of The Emmaus Community and The AbbeyChurch. He lives in the traditional territories of the Songhees and Esquimalt Nations (Victoria, BC).

The Christian meaning of work

Why collaborate? Putting our unity into action

Responding to the Suffering after COVID