Why Global Mission in a Post-colonial World?

Think of any novel or film script that sets up its central conflict around an attempt to rule the world: invariably the character in pursuit of power is cast as antagonist and villain. As much as any society has its heroes, we all agree that no one should have all the power.

Perhaps this is why, amid the wreckage of the colonial project, the idea of ‘global mission’ is widely viewed as anathema. The very words seem to imply perpetuation of the actions and attitudes which, in the quest for dominion, have caused such harm.

So, I reflect on the title of this article somewhat uneasily, even though I live in the world of cross-cultural mission and write to affirm its value and necessity. Perhaps we need to ‘disarm’ the topic of its loaded meaning and reframe the question: “Why Jesus’ mission in a post-colonial world?”

What is meant by global mission is open to interpretation, but if we are to consider the mission of Christ – surely the rightful subject of this discussion – the only valid place to start is with Jesus himself: how did he understand his own mission, and what did he teach his followers to do?

Colonialism itself has a clear definition. Miriam-Webster describes it as “domination of a people or area by a foreign state or nation . . .”, then adds this:

NOTE: While the word colonialism is sometimes considered to encompass non-state forms of influence and domination, as by corporate or religious entities, in general use it is more typically understood as an extension of state power.

The distinction between religious influence and state power is important. To understand how the two get mixed up (as, sadly, they often do) and how they can begin to be untangled, it’s necessary to distinguish between what belongs to Caesar and what belongs to God.

The 21st century continues to feel the effects of three waves of European colonial expansion that stretched from 1415 to 1885.

Although their character and intensity varied across different times and nation states, the European campaigns were marked by features typical of imperial regimes through history: political conquest and oppression of native communities, economic exploitation and forced cultural assimilation of indigenous peoples.

All this was undergirded – and justified – by attitudes and doctrines of racial and cultural superiority.

If we compare the colonizing enterprise with the life and teaching of Jesus of Nazareth, it’s hard to imagine a starker contrast.

Catholic and Protestant missions in the colonial period too often failed to make this essential distinction. After Spanish and Portuguese conquests and subjugation of Indigenous peoples, Pope Alexander VI in 1493 issued a papal decree dividing rights to Western Hemisphere lands between Spain and Portugal on the condition that they spread Christianity.[1]

The Dutch and British East India Companies originally limited mission activity to protect their commercial interests. In time, however, they came to view missionaries and their knowledge of local people and their culture as allies. The missionaries similarly saw themselves as not only as messengers of the gospel but as ambassadors of a superior culture: “colonial officials and missionaries alike consciously took it upon themselves to be the guardians of the less-developed races.”[2]

Such attitudes are neither distant nor ancient. In Canada, we need look no farther than the tragic abuse of indigenous children at church-run residential schools. Our national conscience was seared with the discovery of hundreds of unmarked graves on school sites this year.

A significant issue in assessing the impact of mission activity in the colonial period is that examples like these are generally familiar, but public perceptions of the events are often shaped by popular media and subjective perceptions.

“What’s missing,” says Baylor University research professor Robert Woodberry, “is a comprehensive and balanced examination of the actual historical and statistical evidence.” Woodberry has conducted such research himself and has published his findings in non-Christian academic journals.

Although missionaries and other religious ‘radicals’ have been widely resented in their day, they have also been central to the abolition of slavery, the development of mass education and the flourishing of organizations outside state control.

Indeed, the effects of 19th and early-20th century missionaries are still measurable in the levels of educational enrollment, infant mortality and political democracy in societies around the world.[3]

I could go on to cite positive examples of missionaries standing against their colonial governments on behalf the peoples they served. But my purpose is not to make a case for mission under colonial rule.

Rather, these brief historical examples are given to affirm that the evils of colonialism were real, and that Christian mission was tainted when it aligned itself with the imperial agenda. What, then, for the post-colonial world? Why global mission today? For this we need to go back to its beginnings.

Jesus was born to a poor family in a community under colonial rule. His parents fled by night to prevent his being murdered as an infant by Herod, the Roman client king of Judea. He was tried by a Roman governor and executed under Roman law.

The defining event for his ancestors was their exodus from another empire, Egypt, when Moses led them out of slavery to become the people of God.

Later, when their own kings became oppressors, Israel’s prophets declared judgment on its leaders and called the people to justice and mercy.

Jesus saw himself in the direct line of the prophets when, at the beginning of his ministry, he quoted Isaiah to announce his own mission:

The Spirit of the Lord is on me, because he has anointed me to proclaim good news to the poor. He has sent me to proclaim freedom for the prisoners and recovery of sight for the blind, to set the oppressed free, to proclaim the year of the Lord’s favor. Luke 4:18-19

Jesus’ message and history stands in absolute contrast to the colonial enterprise. “The thief comes only to steal and kill and destroy;” he said, “I have come that they may have life, and have it to the full.”[4]

Jesus’ mission is to bring good news, freedom, healing, delivery and blessing – together with eternal life. This is balm for a world in desperate need of peace, hope and liberation. Today, that includes some three billion who have never heard the gospel.

But isn’t it imperialistic to impose our beliefs on people of other cultures and faiths? To impose, yes. Yet that’s not the Jesus way.

Instead, he calls his people to announce the good news,[5] to testify to his resurrection and its power in our lives [6] and to invite others to receive the free gift of life in Christ.

These are essentials of the Christian confession. If God is indeed good, if all his fulness is found in Christ, can it be anything but good for people everywhere to know him?

An answer from the ‘other side’ of Christian mission: 14 months ago, we mourned the passing of Verna, a single woman who had served a Southeast Asian people group for more than 50 years.

When news of her death became known, believers belonging to this group gathered from around the world to express their gratitude for her. Why? Because she had brought the message of Christ’s love and salvation to their people.

Christ’s mission faithfully embraced disrupts colonialism. Yet is still possible to ‘serve’ others while seeing ourselves as better than them and wanting to exert control.

When we think we know best, Jesus says, “You are not to be called ‘Rabbi,’ for you have one Teacher, and you are all brothers.” When we seek control, he says, “Not so with you.” To all, he says, “Whoever wants to become great among you must be your servant . . . just as the Son of Man did not come to be served, but to serve and to give his life as a ransom for many.”[7]

This is mission the Jesus way. The One who set aside his divine power to serve and lay down his life says, “Learn from me, for I am gentle and humble of heart.”[8] He also says, “Go and make disciples of all nations: invite everyone – yes, including the post-colonial world – to learn from me, too.”[9] 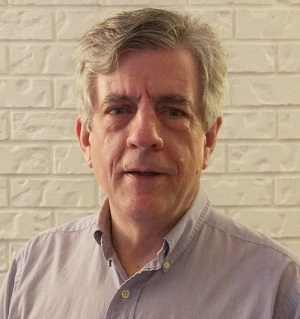 Stephen McElroy is Community Engagement Team Lead for OMF Canada. Prior to serving in this role, he worked for 21 years in Southeast Asia with OMF in Christian publishing, field leadership and leading an urban poor ministry team. He lives in Metro Vancouver.